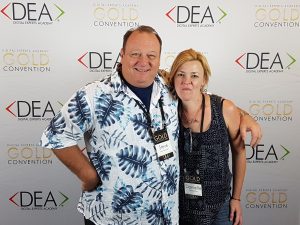 So… Las Vegas was a great trip… I was feeling good about myself, I had managed NOT to use the seatbelt extension on the way out.

I had a big “Jacamo” shop before I left, my taste in bed linen has improved over the years, as can be seen from the large quilt cover I am wearing in this picture!…

Look I was playing at it… and that was proven by the fact that on the way home I needed the bastard seat belt extension again.

Get A Bloody Grip Stephen

I can hear her, Mum.  The ex WAAF Fitter, brought up in the years between the wars, and signed up at 15 to get away from an abusive father…. that is the expression she would have used!

Judi and I were dancing regularly now, and I was kerbing my eating, especially around filling stations…

I was still drinking and eating salted peanuts, but the impact was lessened by dance…

But as always I was leaving it all to the last minute.

When You Have Everything You Need

And You Still Fuck it up!

Look I had everything I needed to loose weight..

I still just Did NOT get on with it. I knew Zander was losing weight, I knew other drivers from #Truckmateuk were losing weight, and these guys did not have all the goodies up there, they were living in their cabs 3 to 5 nights a week… and still managing to Not only kerb their excess, but actually loose weight.

I have to say over the past 10 years I have done a lot of different diets,

The list is endless, each with a book and audio series, and in some cases some expensive piece of equipment, 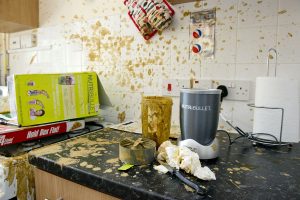 Look I know a lot of people who use their Nutri Bullet exactly as they are designed to be used, and they have excellent results… I do not have a thing against them …They are a tool to do a job, and, they do that job superbly…However, I did not get on with mine… I even bought a second one to just make sure I was not enjoying it… these went on Ebay, and my wife got the Kenwood out of the cupboard!

Again I was playing at this whole thing… I was doing what so many people do …I was trying to skip the work, I was looking for short cuts, quick fixes, buying my weight loss with gadgets and gimmicks…It will not work, believe me.

From Vegas to Christmas I played at it… then, on New Years Eve 2016, I really made a commitment.

I was going to go dry, until Judi's birthday. March the 18th, 2017, and use that as the springboard to weight loss for the wedding.

I was dry and heading down the scale … I had set the goal of 36″ waist last year at the family meeting to discuss fatty's progress.

By the end of January I was down from 54″ to 48″ waist I was feeling pretty good … I was moving better at Dance, and the lack of beer was really making dance night more enjoyable.

By Mid February I was knocking on the door of 46 inch waist trousers … I was still struggling to wipe my arse, and get my socks on … but things were looking better… I was even using the rowing machine…

Then I had a chat with Zander again … Now at this stage Ian had lost over 2 and 1/2 stone.

He reckoned he was eating like a horse, still having a drink at weekends ( Something to do with Sins!)   Not a clue … but I really wanted some of that

Judi had booked us a “Romantic Get Away” In Bournemouth… Nothing very exciting I hear you mutter … Yes I did, You in the corner…

Look, I get it… what you may not understand is, we met in Bournemouth … I was Managing The Royal Bath Hotel … back in the days when it was owned by, De Vere, and was a proud 5 Star hotel. not like it is nowadays… Judi was a Reception Manager at our sister hotel, The Marsham Court… ( Or The Sham Cow as we called it, due to a shortage of Signage lamps for the Roof Sign!)

We had a real blast during our years in Bournemouth.

Finishing late shifts at 12, off in to town to dance the night away … may be finish up at Bla-Bla's, a small and intimate drinking club, where Franca, my good friend, bless her, kept us in cocktails until 5.00am. A stroll along the beach, a cuddle in the dunes … then coffee and back to work for the breakfast shift at 6.30!

So Imagine the thoughts whizzing through head …

I was really excited.

Judi announced, just as I was leaving for my first SW ( Slimming World ) meeting, ER next week is a sort of a boot camp

“Er a Boot camp” says Judi ( or rather Croaked as she was loosing her voice again!)…

We were not going to a romantic get away in Bournemouth!

We were Going to a Fat Farm… a bastard, 4 Day Boot Camp… I was furious…

Everything in my DNA Rebelled. I was like a 7 year old who had his train set taken away … slamming doors, tantrums.

I even saw this as a reason NOT to go to slimming world… WTF!

“Oh Really” says I “really, well in that case you can forget tonight … no point, if I am doing that next week, and if you think I am running round a gym with my tongue hanging out, YOU CAN Forget IT! I am not going tonight and I am not going To Kin Bournemouth I am going to the pub, and that is final…….   >/;shout mode – [ON]-</;

I would dearly like to gloss over the next shameful 10 minutes of my life, and put it down to a mild mix up over interpretation of the term “Short Break”! I can't in all fairness do that however.

Looking back, and to a fly on the wall it must have been hilarious…

There I was bloated and furious, screaming and tossing my toys out of every conceivable pram.

My wife, the one who has to run round in a shower to get wet, by now mute, with laryngitis. Standing in the doorway, stamping her tiny feet, prodding me in the chest, and mouthing the words GO, JUST GO, GO NOW !

At the last minute, as I made a lunge for the safety of the couch, she got her whistle out of her bag ( I bought her a thunderer, to save her voice at school  #teacher)

Shit that thing is loud, you can hear it from the stands at Twickenham… imagine the sound in your living room…

I was bundled out of the door, into my car… I was defeated by a diminutive, mute, mother of 4!

I toyed with the idea of saying it was closed, or it was the wrong night, too expensive, anything ( hence the confusion over the name was a potential excuse… )

But I know my wife, she is persistence personified, and boy can she make you suffer… without even having a voice…

Our subconscious mind works in very peculiar ways doesn't it?… Mine was used to feeding my guts, and achieving comfort through a full stomach… It was doing everything it could to keep this ….